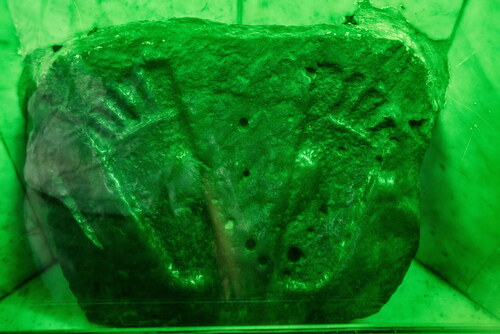 The footprints of Mohamed are in the a case in the corner of the Said Ahmed Albadawy Mosque. According to the Imam were brought from Istanbul in the days of the Ottoman Khalifate. They first appeared when Sidi Ahmed asked for proof that he had teleported to Mecca and met the prophet Mohamed. When he looked down he found these footprints in the stone.