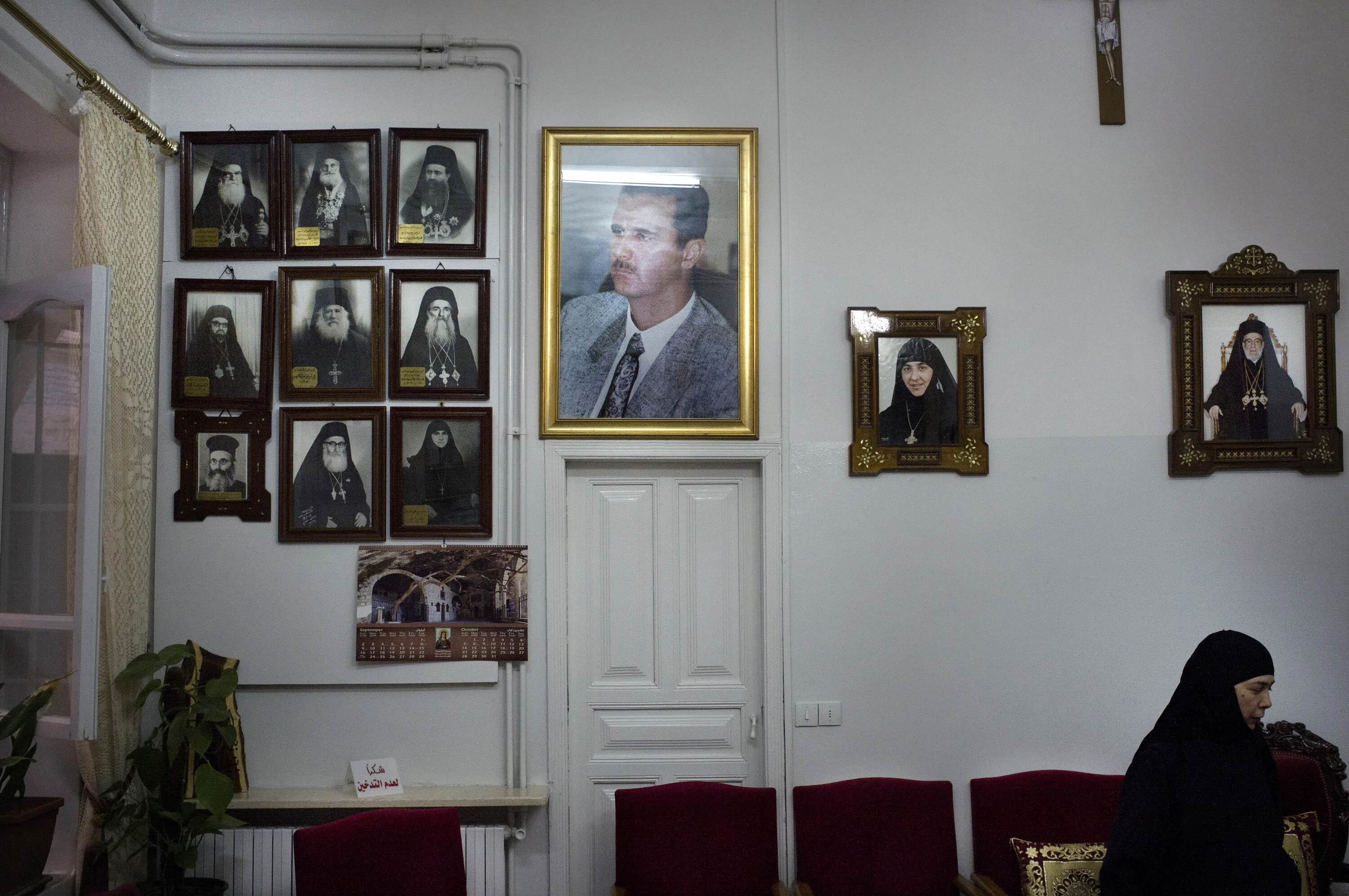 A photo of Bashar Assad hands on the wall of the main meeting room of Saint Thecla monastery in Ma’loula.