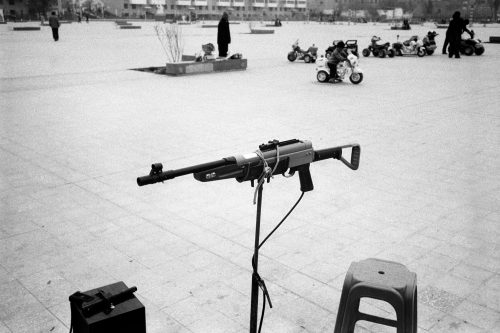 A toy gun used in a balloon popping game is the closest thing to a weapon that most Chinese see. Guns are highly restricted throughout China but especially in Tibet and Xinjiang. The Kashgar attackers reportedly used handmade guns that malfunctioned. When the police reported finding a cache of weapons in northern Xinjiang it included only 178 guns but 359 swords.