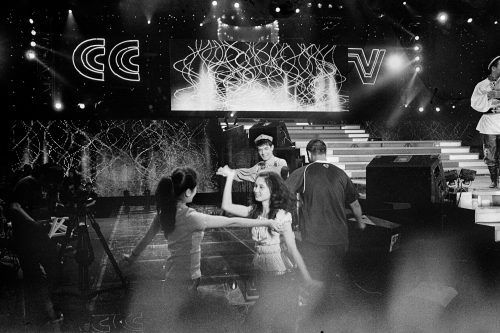 The filming of a Chinese version of America Idol in Beijing included a Uighur contestan. In his second round of singing his fans jumped down on the floor and started dancing. He lost that round.

The film was fogged when a month later the police in Xinjiang forced me to develop some of my film in their darkroom.